An installer for vcrun2013 has been uploaded and is now ready to be tested on PlayOnLinux and PlayOnMac!

Last night a vcrun2012 component installer was uploaded and in testing. Please feel free to check it out, and let us know how it works.

You can install it via the Install Components tab in the POL/POM Configure window.

We are now testing a script written by a team member for Adobe Photoshop CS6. So far, it has been tested as working on proprietary AMD and Nvidia drivers, but Intel chipsets seem not to work. Other than that, it seems to be running at right around native speeds. Online activation looks to be working correctly on tested systems, as well. Enjoy! 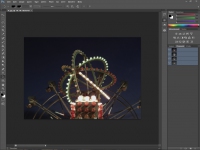 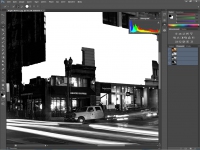 Check it out here:

PlayOnLinux and PlayOnMac 4.2.5 are available!

The version 4.2.5 of PlayOnLinux and PlayOnMac are now available! Here are the main new features:

Have a nice day!

Wine 1.7.26 is now available for PlayOnLinux and PlayOnMac!

You can read the release notes here: http://www.playonmac.com/w/wine-1.7.26

After a couple of weeks of working on it, it seems that a working installer and Wine-build are now up-to-par, and you can now run Adobe Photoshop Lightroom 5.4 and up on your Linux system. 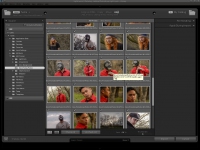 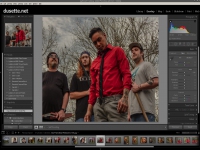 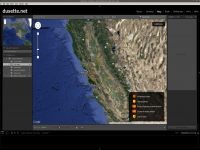 Check it out here:

Wine 1.7.25 is now available for PlayOnLinux and PlayOnMac!

You can read the release notes here: http://www.playonmac.com/w/wine-1.7.25

Just a small but important notice to inform you that we have detected and are currently fixing a problem affecting Fedora's user, and possibly other distro like Open Suse. We are currently repackaging all our wine 1.7.x and 1.6.x version.

To see if you are affected, install Internet Explorer 8 with PlayOnLinux and open a https website (For example https://www.winehq.org). If Internet Explorer 8 crashes, the wine version used is affected. To fix the problem, you will need to reinstall it.

Fixed wine versions will be available in about 30 minutes.

PlayOnLinux and Linux gaming: Where do we stand in 2014?

After about 8 years of existence, I would like to devote a special article to give my feelings about PlayOnLinux situation, what is its place in Linux Gaming, to explain where we are going and to answer few questions I was asked about PortMyApps.

To put this into context, in 2007, 7th May, we decided with a friend to create PlayOnLinux. The name we had chosen was meaningful: we were hoping to bring a new way to play on Linux. By the time, there were very few native games. The best way we could allow you to play your game on Linux was to use wine. The idea was encouragingly successful because in less than a week, we had more than one hundred members.[1]

At the time, we did not have sufficient resources to provide complete software allowing to use all existing platforms (including native games, which were far fewer in 2007 than today). Therefore, we mainly focused on Windows games (using Wine, DOSBox and ScummVM), and we developed a set of tools allowing to easily install and use these programs.

In 2012, December, Valve announced the release of a Linux version of Steam client[2]. One year later, SteamOS is released[3].  Last month, GOG.Com (Good Old Games) also announce the official support of Linux platform[4]. Such news is encouraging, and show that game publishers have more and more interest in free operating systems, despite the fact that their market share stay low for the moment.[5].

For our part, we obviously want this new trend to continue and we highly encourage game publishers to release their products for Linux. However, our (historical) name PlayOnLinux can now be a little confusing: While you might think we want to bring the way to play on linux, what we are proposing in fact is a tool allowing you to use wine easily. If you are looking for something to manage your game library on Linux, plenty of them exist, such as Lutris[6] which is also a French product.

We are now are facing a new tricky problem: Should we stop encouraging publishers to use wine now that they are showing interest in Linux systems? This problem has been raised in comments from a GamingOnLinux[7] article when I decided to run PortMyApps. (It is important to note that PortMyApps will stay independant of PlayOnLinux, the developers are not the same). We had the idea of getting closer from publishers noticing that PlayOnLinux is becoming harder and harder to maintain, mainly because of its large amount of scripts growing exponentially. Of course, it would not be profitable to see wine being used by game publisher as an easy and low-cost porting solution, to the detriment of a real native developement process. Let me reassure you about this respect, PortMyApps certainly does not want to port the next Elder Scroll, neither to capture Linux video game market. We would not be that pretentious. Furthermore, it is really unlikely to see a publisher at the same time being seriously interested in Linux gaming, and wanting to propose a wine-based solution. It is even more unlikely to see a big game publisher giving such important responsibility to a small project like ours.

However, we figured out that in some cases (two, to be accurate), this idea would be going to be good for everyone.

We typically want to work in both of those cases. We have used and followed wine for eight years, and we propose to help, in those cases, to integrate it the best way we can so that the user experience won't be degraded. For information, PortMyApps.com upload is limited 50Mo.

To come back to PlayOnLinux, we are obvisouly aware that one day, it will become pointless and will have no longer reasons to exists. We strongly believe that it would represent a victory for the values we are defending. However, we also think that everybody should be able to run software he wants regardless the choice of the operating system. It is in this mind that we will continue to do what we have been doing for nearly eight years, until each publisher decides to release a native (and not wine based) version of each game. We still have a long way to go and a lot of ideas to present you. I also would like to thank each of those that has been involved in this project for the last seven years.

Feel free to post questions in comments, I will be glade to answer the best I can.

Wine 1.7.24 is now available for PlayOnLinux and PlayOnMac!

You can read the release notes here: http://www.playonmac.com/w/wine-1.7.24